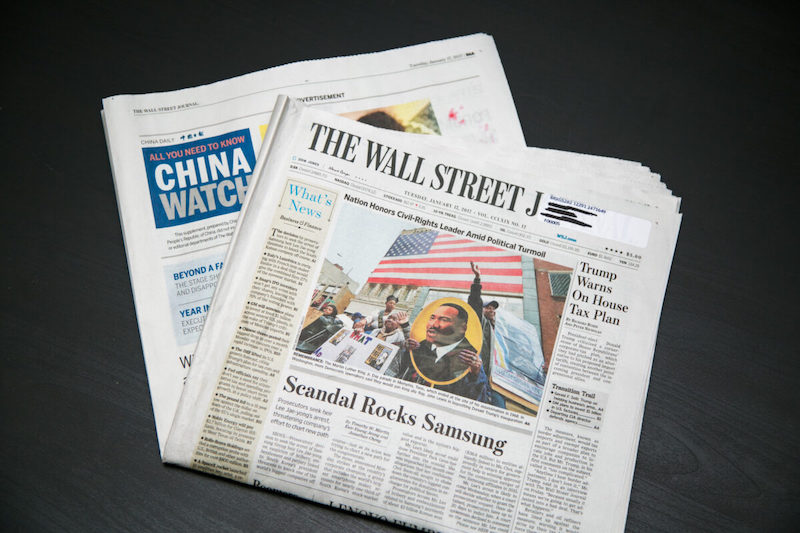 <!–[CDATA[  ZACHARY STIEBER | EPOCH TIMES A Chinese propaganda outlet paid millions of dollars to The Washington Post and The Wall Street Journal to run advertisements that look to some like news reports. China Daily paid more than $4.6 million to the Post and nearly $6 million to the Journal since November 2016, new documents filed with the U.S. Department of Justice […]

VOA NEWS China has revoked the press credentials of three journalists with the U.S.-based Wall Street Journal newspaper over a recent editorial headline the government deemed racist.   Foreign ministry spokesman Geng Shuang told reporters in Beijing Wednesday that the paper refused to apologize for the editorial in its February 3 edition, titled “China is the […]

Jack Hu  |  Global Voices China’s national parliamentary body recently passed legislation for the country’s first expansive civil code, which will help judges decide legal disputes on property, contracts, inheritance, and marriage. The new code, which is expected to be adopted in 2020, builds on the few existing civil laws in the communist country. Of the current 126 additions tabled by the […]