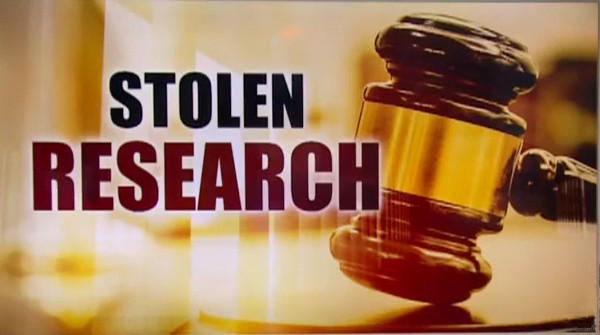 BenarNews | Radio Free Asia A China-based group has quietly carried out cyber-espionage against Southeast Asian governments during the past few years, collecting “specific documents,” among other data, from infected computers, a cybersecurity company said in a report. Naikon, a group of hackers, deployed software called Aria-body to target government agencies and technology firms in […]

Vision Times As wars become more tech-oriented, new forms of warfare are inevitable. While the two world wars of the last century used aircraft extensively to wreak havoc on all fronts, the upcoming wars will likely see the use of biological agents. Chinese People’s Liberation Army (PLA) is apparently heavily invested in the tech, with […]

VISION TIMES The official number of voluntary organ donors in China has been falsified, researchers claim, renewing concerns that prisoners of conscience are being covertly killed for their organs by the Chinese state. China expert and doctoral student Mathew Robertson, Israeli surgeon Dr. Jacob Lavee, and Dr. Raymond L. Hinde, an Australian Ph.D. in statistics, […]

China’s Might Prevents Muslim Nations from Criticizing It, Mahathir Says

VISION TIMES China analyst and human-rights investigator Ethan Gutmann gave the following speech at the at the Czech Republic Senat on March 1. His speech was part of the “Persecution of Families in Times of Unfreedom,” event which is part of the Mene Tekel festival in Prague. As the son of two American psychiatrists — […]

MILAN KAJINEK |  EPOCH TIMES Several Czech politicians and experts support a draft amendment to the transplant law that would prohibit Czech citizens from visiting China for organ transplants—a phenomenon called “transplant tourism.” This bold move exposes the unethical practices in the industry, particularly the involuntary organ harvesting of Chinese prisoners of conscience. In China, since […]

Minghui Member of Canadian Parliament Garnett Genuis, Official Opposition Deputy Critic for International Human Rights and Religious Freedom, announced on April 4 his intention to sponsor a Private Member’s Bill on international organ trafficking. This legislation was first introduced by former MP Irwin Cotler in 2013 as Bill C-561, an Act to amend the Criminal […]

According to Theresa Chu, a Taiwanese lawyer who helps coordinate global support for the movement to bring Jiang to justice, about 2.06 million people have signed a petition encouraging the hundreds of thousands of Chinese who have delivered legal complaints to the nation’s highest judicial offices.