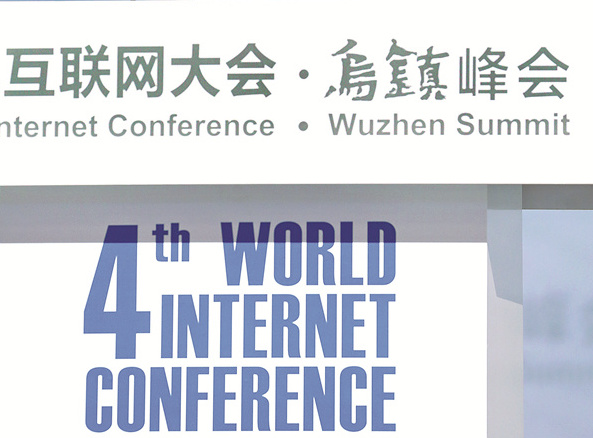 President Xi Jinping’s vow to maintain an open Chinese internet was dismissed by political commentators on Monday as posturing, as state media swung into action to defend the Great Firewall of government censorship.
Xi said in a statement to the fourth World Internet Conference in the eastern province of Zhejiang on Sunday that China wouldn’t close the door on the global internet, but continued to promote his concept of cyber-sovereignty, suggesting there would be no let-up in online controls.
“The development of China’s cyberspace is entering a fast lane…China’s doors will only become more and more open,” said the statement, read out by Huang Kunming, head of the ruling Chinese Communist Party’s propaganda department.
According to Xi’s concept, cyber-sovereignty promotes separate jurisdictions for cyberspace according to state boundaries, with each “internet” regulated by the government in question, “without external interference.”
Foreign businesses say Beijing’s approach unfairly targets foreign companies, with key online brands like Facebook, Google, and Twitter currently blocked by government censors.
The government is also moving to block the use of virtual private networks (VPNs), which could until recently be used to access sites outside of the Great Firewall by users in China.
Wang Huning, a member of the all-powerful Politburo standing committee, told the conference: “China stands ready to develop new rules and systems of internet governance to serve all parties and counteract current imbalances.”
Wang also called for more aggressive online controls to crack down on criminal activity and “terrorism.”
The conference in Zhejiang was held under the aegis of the powerful Cyberspace Administration, which governs what China’s more than 730 million internet users can do and see online.
Apple Inc.’s Tim Cook and Google’s Sundar Pichai made their first appearances at the event, with Cook calling for future internet and AI technologies to be shaped by concerns for privacy, security, and humanity.
Top executives from homegrown internet giants Alibaba, Tencent, and Baidu were also at the event.

Bruce Lui, a senior journalism lecturer at Hong Kong’s Baptist University, said Xi’s vow to welcome an open internet is unlikely to be realized.
“Actually, there are a number of contradictory phrases in today’s China, including the ‘people’s democratic dictatorship’ and ‘democratic centralism’,” Lui told RFA.
“Cyber-sovereignty doesn’t just mean the Chinese internet; it also means anything on the internet outside China that impinges on China’s sovereignty and security,” he said. “This could include the use of methods that are considered mainstream, as well as non-mainstream methods.”
Lui cited the example of the cross-border detentions of five Hong Kong booksellers, who were accused of selling “banned books” via their website to customers across the internal immigration border in mainland China.
“In the case of the Causeway Bay booksellers, they were dealt with using murky processes out of the public eye, because they wouldn’t toe the line, and Hong Kong isn’t part of [the mainland authorities’] jurisdiction,” he said.
“This was a case of cross-border law enforcement, in which they were taken back to the mainland and put under huge pressure,” Lui said.

Hong Kong political commentator Willy Lam said the recent appointment of ideologue Wang Huning to the Politburo standing committee at the 19th party congress in October is a sign that Xi Jinping is bringing ideology back to every area of Chinese life.
“Mao Zedong brought in a series of policies and measures including the 10-year Cultural Revolution [1966-1976], that were attributed to his over-emphasis on ideology,” Lam said.
“Unfortunately Xi Jinping is the heir of the Maoist tradition, violating Deng Xiaoping’s proposal that economic construction should be at the heart of what the party does,” he said.
The Global Times newspaper, which has close links to Communist Party mouthpiece the People’s Daily, defended the concept of internet sovereignty in an editorial on Sunday.
“The West must wake up to the fact that China has the right to choose its own political system,” the paper said. “Beijing is now looking for a conjunction point between internet technology and maintenance of public opinion to maximize the benefits of the internet era.”
“It is hard to reach a consensus over the divergence between China and the West when it comes to their systems and ideologies,” it said. “But both sides need to have an open mind toward each other.”
Copyright © 1998-2016, RFA. Used with the permission of Radio Free Asia, 2025 M St. NW, Suite 300, Washington DC 20036

“The Chinese communist regime has military treaties with Iran, while we give it free access to our ports, and allow it to dig light rail tunnels here in Tel Aviv, under HaKirya area–the major Israel Defense Forces (IDF) base. But if, heaven forbid, a war was to break out between Israel and Iran, which side would China choose? I think the answer is clear to everyone.”

Meeting You Today Is a Blessing

Hong Kong: RSF Deplores the Suffocation to Death of Apple Daily, One of the Last Major Chinese-Language Media Critical of the Beijing Regime