Convincing to Quit the CCP on Social Media 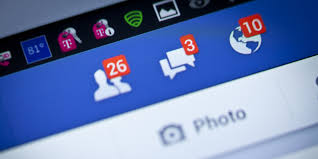 I stepped into Falun Gong cultivation practice in 2012.

During the Conference activities in New York on May 2016, I watched on Facebook the live broadcast of the parade celebrating World Falun Dafa Day. Many practitioners and Tuidang volunteers commented positivelyonline, but there were also some Internet users from mainland China who watched it and were disrespectful.

While reading the posts of the latter, I noticed some very disrespectful comments about Dafa and its practitioners made by a person from China. I was very angry at that time.

I continued to read the comments and realized that person was also watching the live broadcast.

When the live broadcast moved to the topic of “Stop the Live Organ Harvesting” in China, the host and guests began to explain the Chinese Communist Party’s (CCP) crime of harvesting organs from living Falun Gong practitioners.

Two witnesses were part of the broadcast. A family member of a military doctor told people that as a Chinese person with a conscience, she had to stand up to disclose this. The second witness was an armed policeman. He witnessed a bloody organ harvesting at a hospital. When he spoke about his experience, he was visibly shaken.

After seeing this, that Chinese person typed on the blog, “Is live organ harvesting a true thing? I didn’t know this!”

From then on, I felt his tone became softer and his attitude changed. Both the host and guest began to talk about the international community’s condemnation of the CCP’s crimes and solidarity with the call of “Stop the persecution.”

He kept silent for a while. Then suddenly he left this message: “I am sorry to everyone. I was all along cheated by the Party. Only now, I know the truth.”

People on the blog replied one after another, “It’s okay as long as you know the truth.” Some Tuidang volunteer also tried to persuade him to quit the CCP and its youth organizations.

I burst into tears. I was deeply sorry for my wrong thoughts about this person earlier on. I was also happy that this person now understood the truth.

This experience also showed the conscience of peopleawakening.

New York: Encounters at the Quit the CCP Center in Brooklyn