Talking to Customers about Quitting the CCP

A Tuidang volunteer in China  |  Minghui 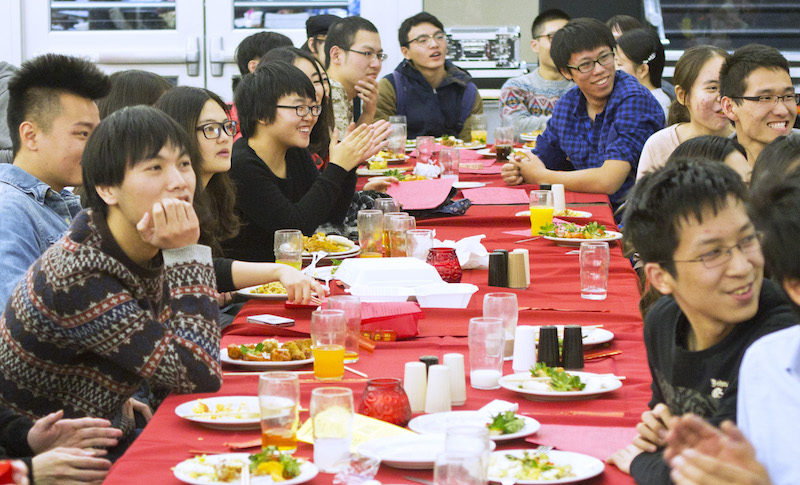 I am a Tuidang volunteer and I practice Falun Dafa. I work in a cafeteria in a private coal mining company.
At work, I have gained my manager’s and colleagues’ respect because I never take items for my personal use and I do my job well. This has led to many opportunities to clarify the facts about Falun Gong, the persecution and quitting the CCP.

The mining company I work at is only a dozen kilometers from the Baoma Coal Mining Company in Chifeng, Inner Mongolia, where a serious accident happened last year. Therefore, the government dispatched seven people to my workplace, after the accident, to ensure that we stopped production for some time.

When one of them came to the cafeteria for a meal, I talked to him. I started out with a few general questions and then asked him if he was in charge of Falun Gong.

After he said no, I asked him not to take part in persecuting Falun Gong. I went on to say that it was wrong for Jiang Zemin, the former head of the Communist regime, to persecute Falun Gong.

“People who practice Falun Gong are good people,” I said. “They follow the principles of Truthfulness-Compassion-Forbearance.”

I then added, “The CCP has been persecuting good people. Nowadays, the government officials are very corrupt. Even ordinary citizens want to become rich overnight. They will do anything for money.”

We continued to talk and he withdrew from the Chinese Youth League.

When he returned the next day he said that he was astounded after reading the informational materials I gave him. He thought that these must have been done by professionals.

I told him that we had people of all backgrounds, and he accepted more Dafa materials before he left.

At lunch time last October, a lady I had not seen before came to the cafeteria. After everyone finished lunch, she got up and helped me wash the dishes.

We talked for a while and she told me some of the misfortune her family and she had experienced. Then, I asked her if she had heard about withdrawing from the CCP and she said yes.

I then covered a few facts about the CCP senior officials who were forced to step down, as well as other things.

In the end, I told her that no matter whoever came to power it would be hard to reverse the decline of today’s morality.

Because we had plenty of time, I was able to tell her in greater detail about Dafa. She said that she had been told about Dafa before and was ready to quit the CCP. She also signed the petition in support of the 200,000 plus people suing the former Chinese President, Jiang Zemin, with her real name.

Following four oath-taking ceremonies, which began in early September, oaths taken by 49 district councillors have been ruled invalid, although no explanation was provided. Under the amended Oaths and Declarations Ordinance, the disqualified district councillors will be banned from standing in elections for the next five years.

Chinese Investments in Nigeria Flourish on a Silk Road of Corruption

Helping People Quit the Chinese Communist Party Wherever I Go