“Do Not Forget What We Talked About”

A Tuidang volunteer in China  |  Minghui.org 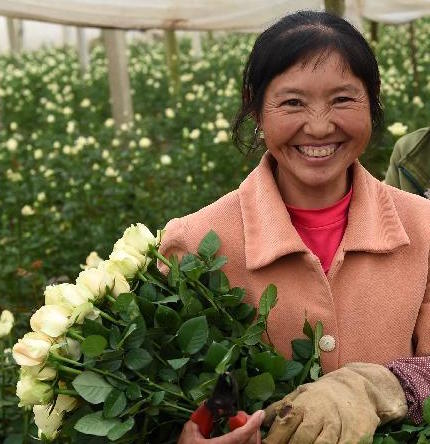 A Tuidang volunteer spoke to the student about Falun Dafa. After she listened to me, she was willing to withdraw from the Chinese Young Pioneers, a youth affiliate of the Chinese Communist Party (CCP).

She caught up with me on a bike 20 minutes later, holding a bouquet of flowers. She smiled at me, after getting off her bike and said: “Thank you for telling me the truth. These flowers are for you.” I thanked her and reminded her to always remember that “Falun Dafa is good.”

Another Falun Dafa practitioner and I clarified the truth in a residential area. We saw a woman sitting outside a tent and gave her a pamphlet. She took it and said, “Thank you. After I read these, I always pass them along for others to read. You are all good people.”

We heard a voice from inside the tent: “I know you are Bodhisattvas who save people! I’ve read the Nine Commentaries. It deserves a Nobel Prize.”

Help me quit the party

I am employed in a state-owned business. While talking to some colleagues at work a middle-aged man knocked on the door asking for directions. I gave him directions and returned to my colleagues. Then I thought maybe he came to me so he could hear the truth and I walked with him.

I asked if he knew about quitting the CCP. He did not know and so I explained it to him and told him about Falun Dafa. I also said, “Due to so many people practicing Falun Dafa, former dictator Jiang Zemin, out of jealousy, began the persecution.” He said that he had heard about this on the phone.

He interrupted me to enumerate how bad and corrupt he knew Jiang Zemin was. “The country is in such a bad situation, all because of his actions,” he said.

He told me that he would not work for the Communist Party and his heart is no longer with the Party, but he wondered how we could bring Jiang Zemin to justice.

I told him that there are more than 200,000 Falun Dafa practitioners who have sued Jiang Zemin, and that millions of people have signed a petition calling for bringing Jiang to justice.

He gave me his full name, so I could also put it on a petition and record his name on the quit the CCP list.

I began to walk back to my office, when I heard him yell, “Do not forget to help me with what we talked about.” I said, “Don’t worry, I will not forget.”

“We must not be naive when dealing with China,” said MEP Hilde Vautmans after the vote on Sept. 15. “Economic gains should not make us blind to the Chinese Communist Party’s ambitious political agenda, its increasingly assertive foreign policy, and its repressions in Xinjiang and Hong Kong.”

South Korea: Quitting the CCP in Front of the Chinese Consulate