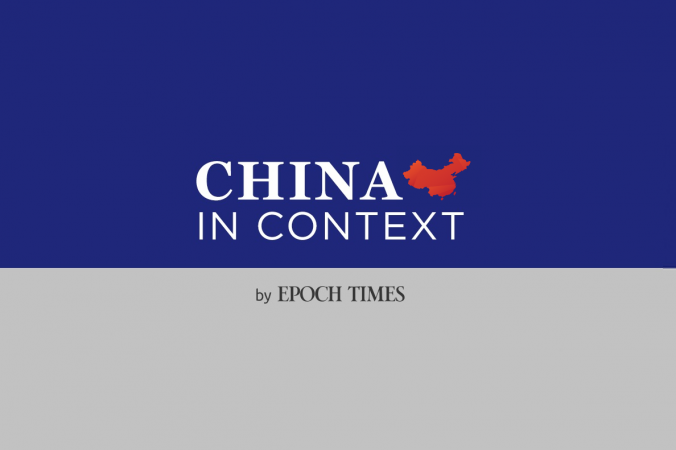 Guo Wengui, the Chinese billionaire-in-exile with close connections to officials in the upper echelons of the Communist Party, recently stepped out of obscurity to give lengthy video interviews with overseas Chinese media.

In the interviews, Guo stated that he had chosen to speak to political tabloid Mingjing in order to “protect my life, protect my money, and get my revenge.”

Aside from throwing dirt on the now-imprisoned Li You, a business partner turned rival, Guo also lobbed accusations of corruption against the regime elite at the Politburo Standing Committee level and beyond—calling them the puppet masters behind financial “white gloves” (that is, money launderers and bankers) like Li and himself.

Guo singled out Fu Zhenghua, vice head of the Ministry of State Security, and retired Politburo Standing Committee member He Guoqiang, claiming that when he revealed the latter’s misdeeds, “tens of millions” of Chinese would flock to the streets.

Zhang Tianliang, a political analyst, argues  that both Fu and He are turncoats from the Jiang line of political loyalties, and it’s likely that Guo, or someone behind him, is threatening them. By extension, current leader Xi Jinping’s anti-corruption campaign, which has consistently targeted Jiang’s associates, gains from Guo’s revelations.

Perhaps most surprisingly, Guo saw fit to issue an apology  over Twitter to “the believers of Falun Gong” over his prior reluctance to acknowledge that the communist regime, in the course of nearly 18 years of violent persecution, has been murdering the adherents of this spiritual practice for their organs.

“In the past, I didn’t believe what Falun Gong was saying about live organ harvesting,” Guo tweeted. “I thought it wasn’t real. But judging from Li You getting a new liver, I saw that this kind of thing is really happening!”

When New Tang Dynasty Television (NTD), a sister media of Epoch Times, contacted Guo on March 11 by phone, he further clarified his reasons for believing that Li’s ongoing treatment is being helped along by murdered Falun Gong donors. An excerpt from the conversation:

NTD: Why do you say that the livers provided are sourced from Falun Gong? What evidence and explanation do you have?

Guo Wengui: The people I got the information from are personally familiar with Li You. … Li has people who can find him a source of livers.

NTD: What led you to conclude that the source of livers was Falun Gong practitioners?

Guo Wengui: It’s not just my hunch. It was what I heard from the sources themselves, they said some of the donors practice Falun Gong, I was quite surprised when I heard this.

NTD: Was [one of] your source[s] from the public security apparatus?

Guo Wengui: He has family in public security. Li You let him work close to himself for exactly this reason. So this person told me about this matter.

We are all interested in Li You’s liver transplant. It’s very important, who’s he getting the liver from? Rest assured, if it turns out the liver belongs to one of our Falun Gong practitioners, I, Wengui, will make sure this information comes out in its entirety and goes public around the world.

That Guo dared to bring up the darkest legacy of Jiang’s leadership—forced organ harvesting from living prisoners of conscience, including Uyghurs, Tibetans, house Christians, and Falun Gong practitioners—is highly unusual. On one hand, it is further evidence of the reality of the crimes, given that Guo said he gained the information from internal channels. On the other hand, that he would publicly state his knowledge of the matter is also highly suspicious, considering his own role as a financial conduit for many officials associated with Jiang.

What motivates Guo may be beyond us. Does Guo sincerely wish to aid Xi’s anti-corruption efforts, as he claims? Does Guo wish to get out of Xi’s bad books by acknowledging the crimes of his patrons? Did Guo perhaps wish to avoid the fate of Xiao Jianhua? Could he possibly have suddenly felt the duty of conscience?

It’s not a bad bet to say that his apology to Falun Gong has less to do with human rights and more to do with calculated political maneuvering.

More forebodingly, by prodding at Fu and He, and dropping a sensitive note about the religious persecution started by Jiang, Guo may be reminding Xi of the danger that besieging the Jiang clique poses to the stability of the Communist Party.

The long-awaited decision will align Canada with its Five Eyes intelligence partners, which have banned Huawei or announced a phasing out of its equipment already used by domestic wireless carriers. The alliance includes Australia, Canada, New Zealand, the United Kingdom, and the United States.

After Realizing the Hurricane Avoided My Home, My neighbor Quit the Chinese Communist Party

The Myth of China’s Gold Medals