The six-year prison sentence against leading Chinese human rights campaigner Guo Feixiong for his peaceful advocacy of human rights and political reforms is a clear-cut act of political persecution, said Amnesty International today, as it called for his and two other activists immediate and unconditional release.

Guo Feixiong, 48, the better-known pen-name of writer and human rights advocate Yang Maodong, was convicted of “gathering a crowd to disrupt order in a public place” and “picking quarrels and provoking trouble”, by a court in Guangzhou, southern China.

Fellow activists, Liu Yuandong, 37, and Sun Desheng, 32, were sentenced to 3 years and 2 and a half years in prison respectively after being found guilty of “gathering a crowd to disrupt order in a public place”.

“It’s a dark day when people advocating for press freedom and democracy are subjected to torture and other ill-treatment and sentenced to lengthy prison terms after sham trials,” said Roseann Rife, East Asia Research Director at Amnesty International.

“These three activists were simply exercising their human rights and making legitimate calls for Chinese citizens to have a greater say in their country’s future. The chilling answer from the authorities is, yet again, anyone perceived to be challenging the government will be severely punished.”

The three men took part in a protest against media censorship in January 2013, after Communist Party officials had sparked outrage by changing a front page editorial of the “Southern Weekly” newspaper that had called for greater civil and political rights as well as adherence to China’s Constitution.

Guo Feixiong has been detained since 8 August 2013. His and Sun Desheng’s trial took place a year ago on 22-23 November 2014. Liu Yuandong’s trial ended in January 2014, and he has been waiting for a verdict for 22 months. All three men had been subjected to torture and other forms of ill-treatment during their prolonged detention.

Guo Feixiong had led a campaign for the Chinese authorities to respect civil and political rights, and had urged the government to finally ratify the International Covenant on Civil and Political Rights. This international treaty protects, among other things, the rights to freedom of expression and peaceful assembly. China signed this treaty in October 1998, more than 16 years ago, but has yet to ratify it despite repeated declarations it would do so. 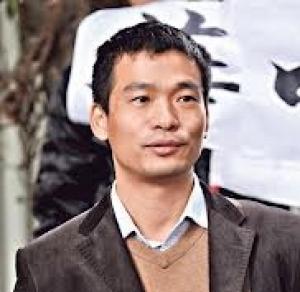 The three activists’ trials were characterized by severe and repeated procedural violations, including arbitrary restrictions on the rights of the defense. In a highly unusual move, Guo Feixiong and Sun Desheng’s trial a year ago went on for 18 hours non-stop, with defense lawyers unable to take a break.

The authorities detained key defense witnesses or forced them to leave Guangzhou ahead of the trial to prevent them from giving evidence. The judge repeatedly interrupted Guo’s lawyers, who were denied the opportunity to present a full defense. The court also unlawfully took away Guo’s right to give a final statement.

“The authorities have again shown their contempt for the rights Guo Feixiong was courageously campaigning for,” said Roseann Rife.

“Guo’s imprisonment shows that when the authorities want to silence activists, all the Chinese laws, regulations, and the government’s statements at the UN about guaranteeing human rights aren’t worth the paper they’re printed on.”

According to their lawyers, Guo and Liu have not been allowed to go outside in more than 800 days of detention, which violates international minimum standards on the treatment of prisoners as well as China’s own detention centre regulations. According to his lawyer, Sun Desheng has been forced to wear handcuffs and leg cuffs for long periods of time. He also suffered injuries as a result of having his head smashed against the wall while in detention.

At the Taiwan International Religious Freedom Forum in May 2019, ChinaAid led over 70 influential activists, politicians, and religious leaders from around the world in signing the #NoMore Organ Harvesting Declaration. It stated, “On grounds of conscience and basic humanity, I solemnly pledge that I will not receive or accept, directly or indirectly, any organ transplant from China.”

Australian Chinese Academic On Trial for Espionage in China

Can You Imagine a Nation Methodically Trying to Eliminate Its Own Citizens?