You’ve Got Candles, I’ve Got a Whip

Jia Jia  |  China Change This article was first published on August 16, 2015 in chinachange.org web site “Stop lighting your candles. Pick up a leather lash, and flog hard those derelict in their duty who treat human lives like dirt.” [caption id="attachment_3896" align="alignleft" width="200"] 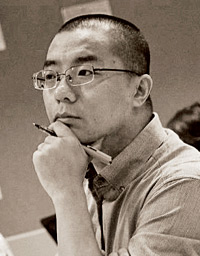