Getting Rid of Lawyers Is the Start of Fascism

Zhai Minglei  |  China Change This article was first published in China Change web site “This vulgar, uncultured lot is the spawn of the Maoist period and Maoist thinking. They are carrying out the legalist ideas of Han Feizi, getting rid of anyone they cannot convert to their own views. As a result, the prisons are filled with the moaning of prisoners of conscience, while state media clamors with slavish voices.” [caption id="attachment_3812" align="alignleft" width="150"] 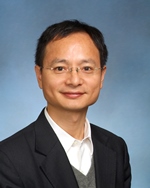 Si Weijiang, a Shanghai rights lawyer (alumni.kentlaw.iit.edu)[/caption]  When I was a reporter at Southern Weekly [2000-2003], I crossed paths with lots of different types of lawyers. Sometimes they were allies, other times opponents. In the Wang Weizun case , the bank’s lawyer initially prevented me from checking into Wang’s allegations about cooked books, saying that the accounting documents are commercial secrets. I replied: “If the accounts aren’t falsified you can say they’re commercial secrets. Otherwise, your bank has a responsibility to report them if they are falsified. How about this: You go and have a look. If you check the books and there’s nothing to see, I’ll leave. If they’re cooked, you should tell me.” The lawyer was silent for a moment and then agreed. In the end, we discovered that the books were indeed cooked. In this instance, the lawyer was a legal gatekeeper—my opponent. But it was through his professionalism that we were ultimately able to reach a consensus. My reporting on Huangshan’s Hongcun Ancient Village led to a lawsuit when I was at Southern Weekly, and the Southern Newspaper Group assigned lawyers to defend me. Those two lawyers said that they were supporting me not simply because it was their job to do so; they also supported me as a matter of justice. They went to the village with me to urge residents to testify, demonstrating to me their integrity. They said that the Southern Newspaper Group was on the front lines of press freedom and that there were cases to handle nearly 365 days every year. In this way, these lawyers were using their professionalism to support the Fourth Estate. During Zhou Yongkang’s surgical repression of the “Jasmine Revolution,” I hired Shanghai lawyer Si Weijiang to defend my friend Guo Weidong (郭卫东), who had been detained. Braving threats, I went to meet Lawyer Si. When he finally appeared, it turned out he had just come from being admonished not to take on my friend’s case by a high official at the judicial administration bureau. That official warned that the case was even more serious than that of Guo Quan, who’d been sentenced to 10 years, and expressed concern that Si would get in trouble if he got involved. Si Weijiang told this official: “So long as I handle the case in accordance with the law, then I’ll suffer any consequences that may come my way!” When I heard this, I solemnly urged Si Weijiang to reconsider whether or not to take on my friend’s case. I said I didn’t want to bring harm to yet another friend, but Si was adamant and said he wouldn’t withdraw from the case. Lawyer Si demonstrated to me that courage is not about being without fear; it’s about continuing to advance even when both of one’s legs are trembling! In the Guo Yushan case, Xia Lin  was arrested after stepping up to serve as Yushan’s defense lawyer. This demonstrated to me the great risks that lawyers take. Now, Wang Yu has also been arrested who is the defense lawyer for “Butcher” Wu Gan. Even though we writers may make a lot of noise, we really don’t face the same high degree of risk and responsibility like these lawyers who are on the front lines. We citizens face a common lot and must look out for one another. At this moment, we ought to roar out loud: “Protect lawyers’ legitimate rights and safety and safeguard the rule of law!” The recent sweeping arrests of lawyers by public security is a serious and reactionary setback. There is an obvious opposition between the public security apparatus, which protects the interests of the government, and rights defenders and lawyers. As opponents, there’s nothing wrong with the two sides matching up in terms of wits or bravery, but there’s no need for one side to disparage the other’s character. The two sides can use their various techniques to put on a good show within the legal framework. It’s truly as Laozi put it in the Dao De Jing: “The movement of the Dao by contraries proceeds.” This sort of dynamic equilibrium is a sign of positive social development. These days, however, public security uses illegal methods like kidnapping, prying open doors, and residential surveillance to destroy rights defense lawyers who are legitimately carrying out their profession. They convict on state television before a trial has even taken place and slander rights defenders. This has transgressed a basic line of decency in ordinary society. It’s as if two people sat down to play chess and one of them knocked over the chessboard and then blamed his opponent for being a ruffian.

Lawyers exist to defend the law. They are the night watchmen of the law, playing the important role of midfielders in the legal system. Eliminating the role of lawyers is often the beginning of fascism. In Sebastian Haffner’s memoir, Defying Hitler, the author describes based on his own experience how German judges and lawyers were brainwashed by Nazism to abandon their fidelity to the law. Today, China is on the eve of danger. Entrepreneur and independent thinker Wang Ying (王瑛) believes that “attacking rights lawyers is a step towards the Cultural Revolution.” I agree with her. This vulgar, uncultured lot is the spawn of the Maoist period and Maoist thinking. They are carrying out the legalist ideas of Han Feizi (韩非子), getting rid of anyone they cannot convert to their own views. As a result, the prisons are filled with the moaning of prisoners of conscience, while state media clamors with slavish voices. So many intellectuals have expressed anger toward the recent police repression against lawyers. Many of them are scholars known for moderation, such as He Weifang (贺卫方) and Jiang Ping (江平). People now recognize that, without lawyers, they will have to face the brutality of state power directly and the dam resisting fascism will collapse. How can our public security organs act as tyrannical as the Nazi SS? Does this country still have any legal self-respect? How can the police responsible for protecting public order carry out kidnappings? How can they break into people’s homes? Who gave them the right to arrest people arbitrarily? Who issued the decision to arrest rights defense lawyers? Who has chosen to fish in troubled waters and provoke popular outrage? These are not questions addressed to Heaven—they are questions posed to citizens by a citizen. Zhai Minglei  is a Chinese journalist and a well-known activist in the Chinese NGO field. He was a reporter for the Southern Weekly for about three years from 2001 – 2003, and the magazine Civil Society he founded in 2005 was shut down in 2007 by the government. His most recently book A Big Incident Happened  examines major public events during 2003-2012 where citizen activists played significant roles in shaping the development as well as the outcome of the events. He lives in Shanghai.]]>

Gangkar, who is also celebrated for his skill as a translator, is the latest confirmed victim of a crackdown by Chinese authorities on Tibetan intellectuals and cultural leaders. Tibetan writer and poet Gendun Lhundrub, who was held incommunicado for more than a year after his arrest in 2020, is being detained in a prison in Siling (Xining).

How the Specter of Communism Is Ruling Our World (Chapter Twelve: Sabotaging Education)

‘Free Hong Kong’ Projected on Walls of Chinese Diplomatic Offices in the US, UK