Gao Yu sentenced to 7 years for “leaking state secrets overseas,”[/caption] A growing sentiment for democratic reform in China in the spring of 1989 led to a series of protests and demonstrations, which culminated in the violent suppression of the protesters by the CCP on June 4th at Tiananmen Square in Beijing. Estimations of people being killed range from two to four thousand. In the aftermath of the massacre thousands were arrested, many of them received prison sentences of varying lengths of time, and a number were executed.  Even after 26 years several of the protesters are still being persecuted by the communist regime. The stories of a few of them are portrayed below.   Liu Xiaobo  In April 1989, Liu Xiaobo left his position as a visiting scholar at Columbia University to return to China and participate in the 1989 democracy movement. In Tiananmen Square, he became a leader and a mentor, drafting open letters, giving speeches and leading a hunger strike. In the early morning of June 4 Liu attempted to persuade students to leave Tiananmen Square to prevent further bloodshed. After the crackdown, he was identified by the communist regime as one of the instigators of the “turmoil” and jailed for two years. Liu published articles after his release, urging the communist regime for official reassessment of the June 4th crackdown. In 1996 he was sentenced to three years of “reeducation through labor” for drafting petitions advocating for rule of law and democracy in China. After his release he was further subjected to surveillance and harassment. In 2008, Liu was arrested for his leading role in Charter 08, a manifesto calling for democratic reform in China. About 300 Chinese intellectuals signed the Charter initially, and according to Chinachange.org all of them were later interrogated and threatened by the communist regime. In December 2009 he was sentenced to 11 years in prison for “inciting subversion of state power.” Liu is the recipient of the 2010 Nobel Peace Prize. His wife Liu Xia has been held under house arrest since the announcement of the Nobel Prize.

Liu Xianbin was a student at Renmin University in Beijing when he took part in the pro-democracy protests in Tiananmen Square.  After the crackdown Liu wrote many articles criticizing the repression and advocated for the establishment of a democratic political party in China. In 1991, he was arrested and sentenced to two and half years in prison for “counter revolutionary propaganda and incitement”. After his release Liu campaigned for the release of other dissidents, and helped establish the China Democracy Party, which has been outlawed since 1998. His wife, Chen Mingxian, wrote an essay about her life with Liu Xianbin explaining how they experienced regular house raids and interrogations. In 1999 Liu was convicted for “subversion of state power” and sentenced to 13 years imprisonment. He was released in 2008. Liu continued to write articles criticizing the one-party system once he was outside of prison. In 2011 he was again sentenced to 10 years imprisonment for his human rights advocacy. In a telephone interview his wife said that the regime deprived him of a chance to live a normal life. 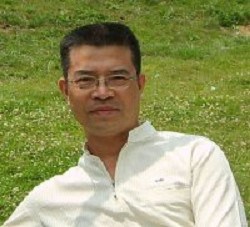 Chen Xi (China Change)[/caption] In 1989 Chen Xi was an administrative worker at Jinzhu University in Guiyang, the capital of Guizhou Province in southwestern China. During the Tiananmen Movement, Chen Xi established the Patriotic and Democratic Union in Guiyang, in solidarity with students in Beijing, and was given a three year jail sentence. In 1995 he was arrested again for organizing the Guizhou branch of the China Democracy Party, and sentenced to ten years in prison for “organizing and leading a counterrevolutionary group.” He was released in 2005 and continued to promote democracy, human rights and rule of law in China as a freelance writer and human rights activist. He and several other Guizhou-based activists established the Guizhou Human Rights Forum, which was later declared an “illegal organization” in 2011. After announcing his intention to run for a seat in the local People’s Congress, Chen was detained in November 2011.  As a “repeat political offender” Chen was given a ten-year sentence for “inciting subversion of state power.” The conviction was based on articles Chen wrote for overseas websites. Chen is currently held at Xingyi Prison in Guizhou Province and has not been allowed to write letters to family or friends.

In 1989, Gao Yu was 45 years old and the deputy editor of the Beijing-based magazine “Economic Weekly”, edited by dissident intellectuals. After learning that the government might use force against the students, Gao went to Tiananmen Square to talk to student leaders in an effort to persuade them to leave. On the morning of June 3rd, plain-clothes policemen arrested Gao as she left her home and secretly put her in jail. She was released 15 months later because of health problems. Not too long after her release Gao was arrested again and sentenced to seven years in prison for “leaking state secrets,” in connection with four articles she wrote in the Hong Kong-based “Mirror Monthly” magazine. She was released again on parole in 1999 because of poor health. Gao continued to report news and write commentaries critical of the Communist leadership. She has since won numerous international awards for her courage and her contribution to the freedom of speech, including the Golden Pen of Freedom. Gao was detained again in 2014 on charges of “leaking state secrets.”  This time, the alleged secret was a Chinese Communist Party document known as “Document No. 9”; it lists “seven taboos” to avoid in public debate, online, and in China’s schools and universities, which are democracy, freedom of the press, judicial independence and criticism of the party’s historical record.  In April 2015 Gao Yu was sentenced to seven years in prison.]]>

"All of these things are being done to save face for the country and to restore the public's good impression of their country," he said. "They'll do it for a while, and do it as they mean it, but really starting something with the U.S. military wouldn't be a good idea, although possible."

The Number of the “Three Withdrawals” Had Reached 400 Million, and the Big March in D.C. Delivers the Good News

Is Tibet Finally Going the Way of Xinjiang?

‘Unsilenced’ Film Is a ‘Scathing Indictment of the CCP’: Pompeo

Uyghur Genocide and the Tajik Connection: A New Fight at the International Criminal Court