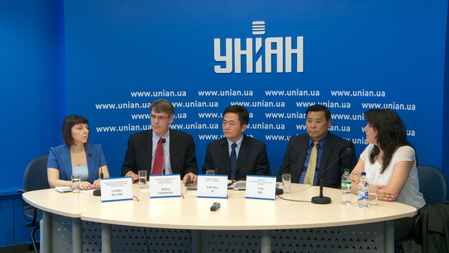 Roundtable on decommunization in Ukraine hosted by The Tuidang Center[/caption] (New York, NY) – June 15th, 2015 The Tuidang Center held a roundtable on June 11th in Kiev, Ukraine on the unwinding of communism globally. Mr Lech Walesa, former President of Poland, sent a letter of support, and referring to the Tuidang movement that is decommunizing China said, “This movement, this history’s tsunami, as I deeply believe, nothing is able to stop anymore. No one can stop a spirit of freedom and truth.” The roundtable was entitled “Crimes of Communism and the De-Communization Process in Ukraine, China and Around the World”. The speakers included Dr Sen Nieh, a professor at the Catholic University of America and an expert on the Tuidang movement in China, Dr Charles Lee a former prisoner of conscience in China, David Tompkins the Director of Public Relations for The Tuidang Center and Dr Anna Maliar a Kiev lawyer and an expert in political crimes. In April 2015, the Tuidang movement passed 200 million participants. Tuidang is a peaceful movement that asks Chinese people to renounce the oaths they have made to the Communist Party. Tuidang grew following the publication of the Nine Commentaries on the Communist Party that for many Chinese people exposed the crimes of communism in China for the first time. Mosiyuk Oleksandr, former Mayor of Kiev when the Soviet Union collapsed, attended the roundtable and said, “Communism is the planet’s disease.” On May 15th, Ukrainian President Poroshenko signed into law legislation banning communist propaganda and symbols. Like other Eastern European countries, Ukraine is making a distinct break with its Communist past. To: Ukrainian Parliament Dear All, A conference on de-communization is a next step in de-communizing social relationships and the national system. It is vivid proof of changes happening in your country. Communism, as a system deprived of human values, is incompatible with the progress of civilization, and from the beginning was fated, sooner or later, to bankruptcy. The fall of this anti-human system is not only the effect of historical justice, not only the result of the resistance of entire generations, but as well, or rather first of all, the effect of trusting and entrusting a nation to God’s will. [caption id="" align="alignleft" width="227"] 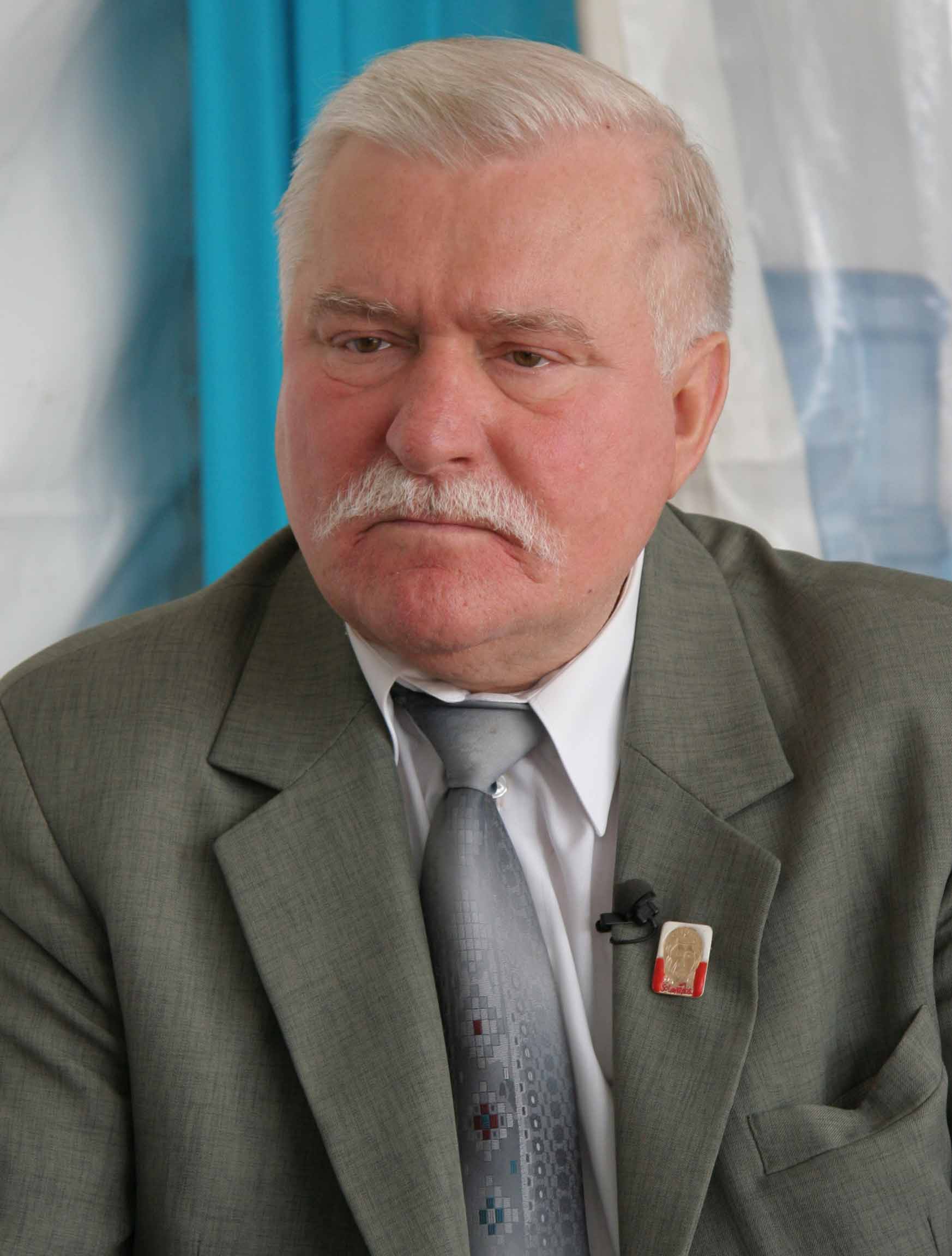 Lech Walesa, former Polish President, leader of the Solidarity Trade Union in Poland and symbol of peaceful resistance to Communism (Yarnalgo, Wikimedia)[/caption] The toil of the Polish nation to reclaim independence is not only the result of mobilizing the entire society, but as well the well-remembered words of the Polish Pope, Saint John Paul II, spoken in Warsaw in 1988: “Let Your Spirit come down here and change the face of this land, of this land!”. When those words were spoken no one believed in the fall of communism. But still. People’s and the nation’s aspirations for freedom, democratic life, and respect for human rights, no one and nothing is able to stop. In Poland those changes happened already the following year, 1989. Full with hope is the fact that over 200 million people in China have united in a grassroots movement: Tuidang, renouncing communism. This movement, this history’s tsunami, as I deeply believe, nothing is able to stop anymore. No one can stop a spirit of freedom and truth. Just like once God put me ahead of a movement, which overthrew communism in Poland and Europe, the same today puts in front of me a ask to support all those, whose fight is not yet finished. But do remember though, that overthrowing communism is not only the effect of history’s justice, this is as well the beginning of a very difficult road of system change, building a new society based on democracy, the respect of individual rights and freedom of belief and faith. This is as well very difficult, a process of changing society’s mentality that will take many generations. This process is full not only of successes, but as well failures and temporary setbacks. Do not ever give up. I never did. I send you all my greetings and I wish you all success in the hard but how honorable work. Best Regards Lech Walesa]]>

A Former Colleague of Mine Quits the Chinese Communist Party

Enough Is Enough: Stories of People Joining Tuidang, the Movement to Quit the Chinese Communist Party

A villager Said All the Information in the Book Nine Commentaries on the Communist Party is True, Then He Agreed to Quit the Party

Help Chinese to Quit the Chinese Communist Party During the Pandemic

Standing Up to Communist China: A Peaceful Appeal That Made History